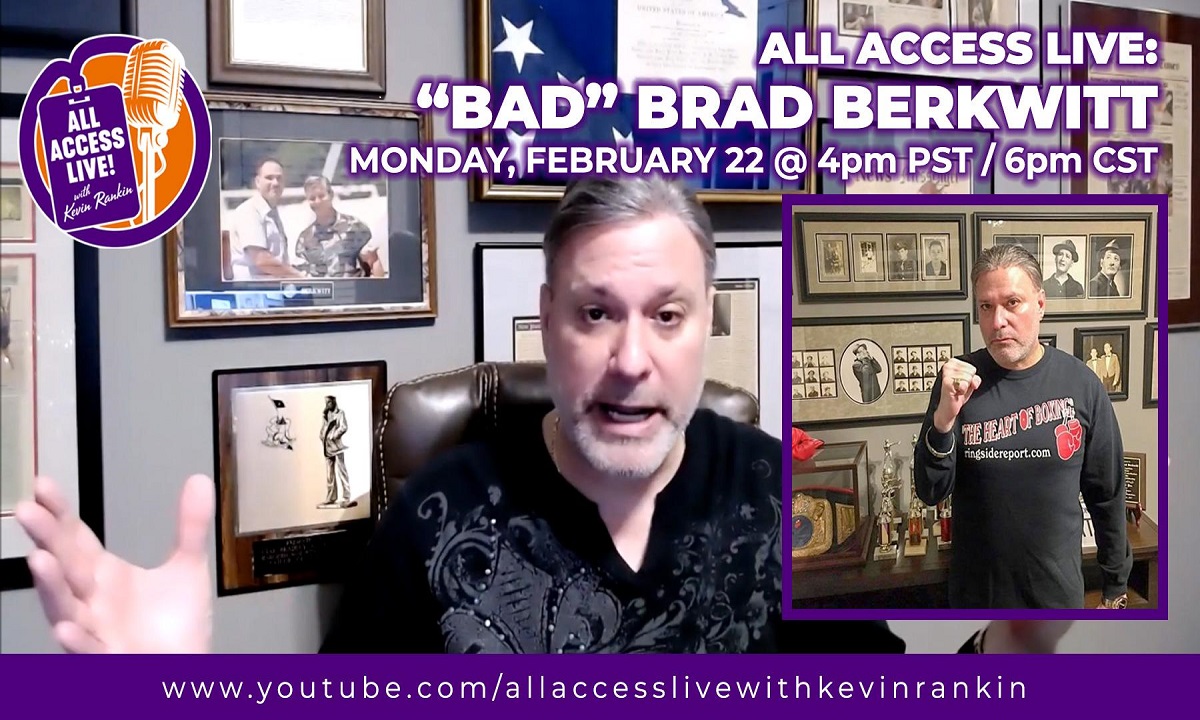 “Bad” Brad Berkwitt has done a lot in his 52 years on Planet Earth from a career in the Navy, to success in the civilian sector and another career in the boxing world. Not to stop there… He also acted. Acting was in his blood. His late Father, Alvin Berkwitt, studied with Lee Strasberg. After a successful 20 year and 28 days (1986-2006) career in the US Navy with 16 1/2 years of it in the intelligence field, where he served during war and peacetime in (Boot Camp Great Lakes, Illinois), Pensacola, Florida, Sigonella, Sicily (The Gulf War), Washington, DC (2 tours), Guantanamo Bay, Cuba, Alexandria, Virginia, Seoul South Korea and finishing up his career working at the Pentagon (The Iraq War) where he retired from Active Duty in 2006. “Bad” Brad would go into the Government contracting world, working for the Joint Improvised Explosive Device Defeat Organization (JIEDDO) at the COIC in Virginia for almost three years (2006-2009) in the Personnel & Physical Security Office and was also the Classified Indoctrinations Supervisor.

“Bad” Brad is also a former amateur boxer (80 – 83) who fought all over Florida during that time out of the Allen Park Gym in North Miami Beach, Florida. His nickname “Bad” came from fellow Author and Boxing Ring Announcer, Henry “Dis-com-bob-u-lating” Jones in 2000 and has stuck ever since. In Henry’s words, “I gave him that nickname because he always stands up for what he believes in, and the fighters truly respect him for being so positive in all of his interviews.” This was never more evident than in Berkwitt’s hit boxing book: BOXING INTERVIEWS OF A LIFETIME.

From 2000-2012, Berkwitt was the boxing analyst on the highly rated TV show Sports Talk, with Host Glenn Harris, on News Channel 8. The show was viewed in Virginia, Washington, DC, Maryland and West Virginia.

In 2004, he created the website Ringside Report that in subsequent years, has become known as “The Heart of Boxing”. In 2018, he recreated Ringside Report to include politics, entertainment, world news and other sports making it a online magazine with lots of diversity (Berkwitt’s favorite word in the dictionary) for RSR’s daily readers.

In 2015, “Bad” Brad took his 18 plus years at that point of conducting interviews with some of the biggest names in Boxing and Hollywood, and created The “Bad” Brad Berkwitt Show which has become a fan favorite in the United States & around the world. Not to stop there, his viewers wanted more so he created the RSR Video Email Bag Show where those viewers could send in boxing questions and “Bad” Brad would answer them in a show format. The show took off quickly and is viewed around the world.

In January 2021, “Bad” Brad received the news that he will be inducted into the Florida Boxing Hall of Fame (FBHOF) Class of 2021 in June.

“Bad” Brad Berkwitt is the Special Guest on the #TheCoffeeTime Podcast with Noah Kinsey on Wednesday August 24, 2022