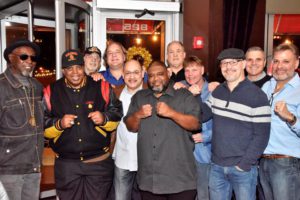 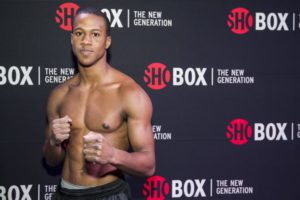 Professional boxer Patrick Day is in a coma after suffering a serious head injury Saturday night following a vicious knockout by unbeaten Charles Conwell during a boxing card in Chicago at the Wintrust Arena. The 27-year-old Day was unconscious when he was taken from the ring in a stretcher and loaded onto a waiting ambulance.

CEO/Publisher of Ringside Report “Bad” Brad Berkwitt said, “my thoughts and prayers are with Day and his family.  Many times over many years, I have always told people you don’t play boxing and no fighter that steps in the ring to put his life on the line, is a BUM!” END_OF_DOCUMENT_TOKEN_TO_BE_REPLACED 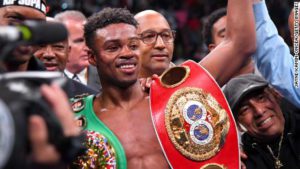 As the boxing world is in utter shock that current WBC & IBF Welterweight Champion Errol Spence, JR. was in a horrible car wreck late last night, as his Ferrari flipped over several times, ejecting him from the car and having him in ICU, with very bad injuries sustained, the boxing world as they always do, has rallied around to send out their support along with prayers.

CEO/Publisher of Ringside Report “Bad” Brad Berkwitt and CEO of Hitz Boxing Bobby Hitz, also want to send out their prayers to Spence, JR. for a speedy recovery. Berkwitt said, “This is reminiscent of my paisan Vinny Paz who was in a horrible car wreck in 1991 where he broke his neck. I never want to see anyone injured in any type of wreck.” Hitz went on to say, “From all accounts, I hear Errol is a great young man and his win over Shawn Porter recently put him on top of the welterweight division and the man to come and see if you want the belts. As “Bad” Brad said, we never want to see anyone hurt in a bad car wreck.” END_OF_DOCUMENT_TOKEN_TO_BE_REPLACED 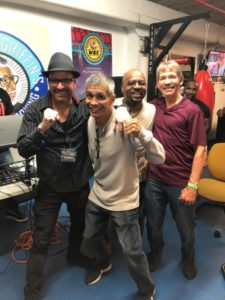 Joey on the right of “Bad” Brad

RSR Book Review: As I Knew Him My Dad, Rod Serling